The Royal Navy and Royal Marines Charity (RNRMC) has opened a walk-in centre at the heart of HMNB Devonport inside HMS Drake’s shopping village in Plymouth. 'The RNRMC Charities Hub', as it will be known, was officially opened by the Deputy Lord Mayor of Plymouth, Councillor Maddi Bridgeman.

The new regional hub for RNRMC is set to be a strong physical presence within HMS Drake, giving the charity an opportunity to increase its profile with the serving community, and make people more aware of the support available to them and their families. It is the first permanent RNRMC presence outside of the charity's head office in Portsmouth.

It is hoped this unique ‘Shopfront’ will provide a welcoming and accessible space to drop-in for advice, get support and generally find out more about RNRMC, including volunteering opportunities. The project is a collaboration between the RNRMC and the Royal Naval Association (RNA) and they are working in partnership to co-fund a new South-West Regional Engagement Officer to work from the hub for both organisations. Bill Oliphant, CEO of the RNA said, "This hub is a real manifestation of the relationship between the RNRMC and the RNA. It allows us to work together in partnership, bringing volunteers in to work from the hub and to better reach serving personnel at HMS Drake and beyond."

“The support from the Naval Base Commander and his team in providing the RNRMC with such an overt presence in Devonport, is truly a watershed moment for us,” said Adrian Bell, Chief Executive of the Royal Navy and Royal Marines Charity.

“It has enabled unprecedented engagement by the Charity with its beneficiaries across the Naval Base and the Southwest. More importantly it gives us a direct interface with the serving personnel and their families in and around Plymouth and explain what we can do for them.”

“The opening of this new ‘Drop-in’ centre for the Naval Base in HMS Drake’s main catering facility, will become a focal point for serving personnel and their families,” said Commodore Peter Coulson ADC, Naval Base Commander for Devonport. “I would like to thank the RNRMC for all their support to the Ships and Units that frequent Devonport and know that their continued efforts are greatly appreciated across the whole Naval Service.

“RNRMC have also very supportive during the pandemic, where people were isolating before joining their ships across the world, especially over Christmas periods.”

Over the past five years a total of 76 separate grants have been awarded in support of projects in HMS Drake & HMNB Devonport. These include funding for the refurbishment of both the Junior Rates and Senior Rates messes, creation of a Boxing Ring, Audio & Televisional equipment, and even Yacht sails. As well as these Devonport-specific grants, RNRMC funding positively impacts on personnel across the Southwest. 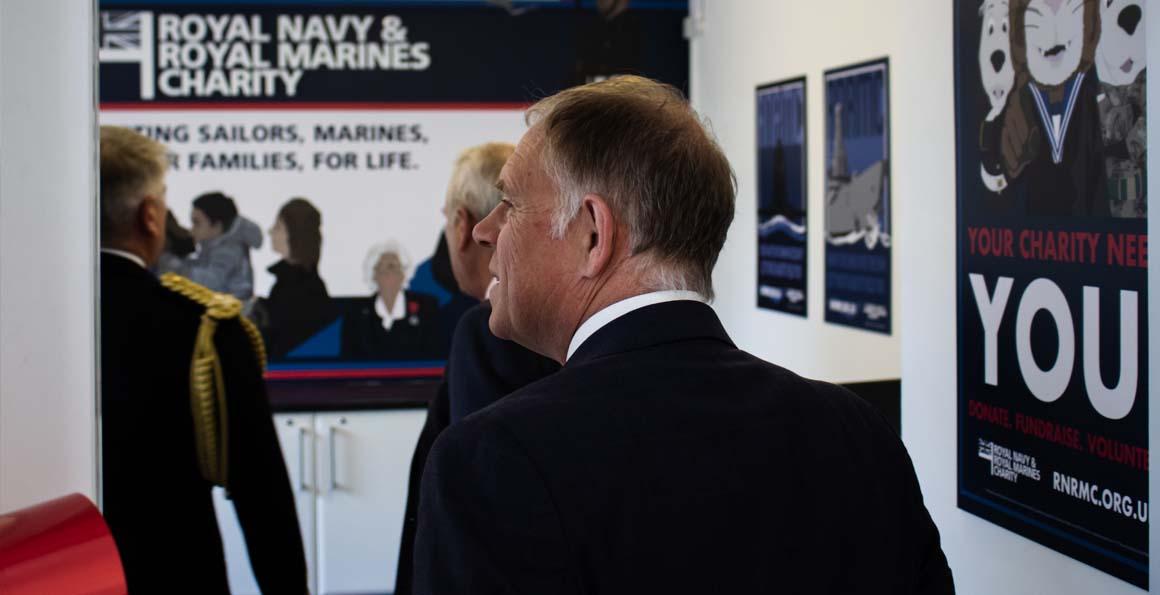 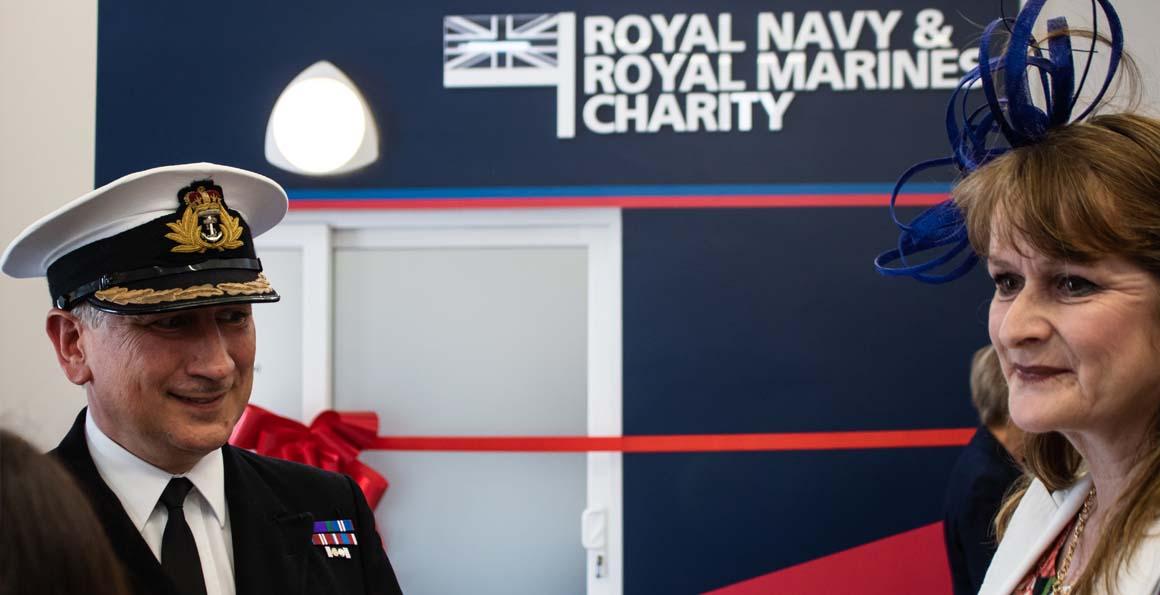 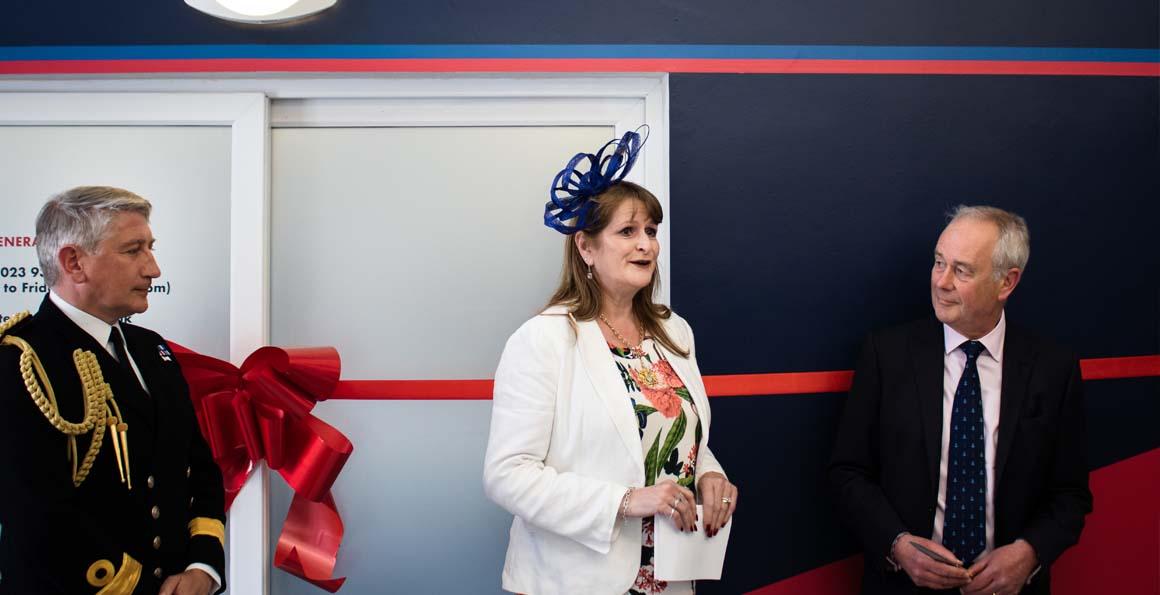 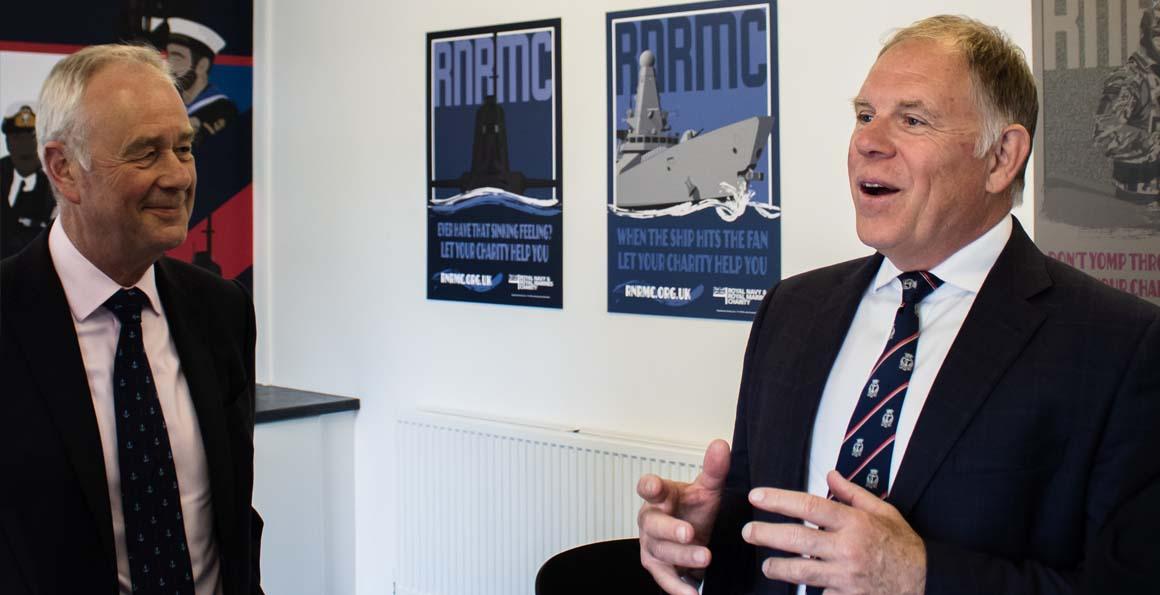 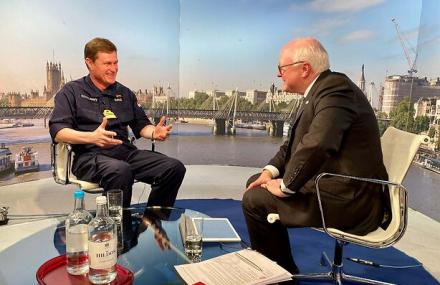 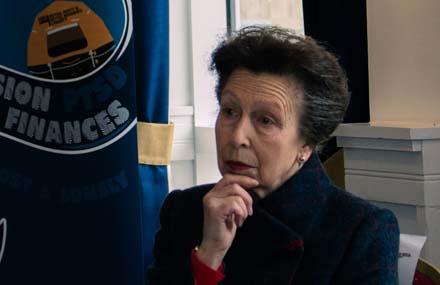 Royal Visit At The RNRMC
Event
Earlier this week, the RNRMC hosted its Patron, Her Royal Highness, the Princess Royal, at the...
28 January 2022 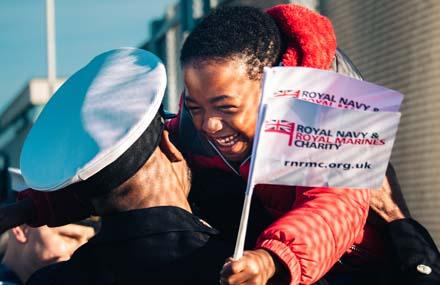 Carrier Strike Group Returns Home
Event
This week, the UK’s Carrier Strike Group has returned home after almost seven months at sea. In...
10 December 2021
View all news
How your donations help
As the National Charity of the Royal Navy, beneficiaries lie at the heart of The Royal Navy and Royal Marines Charity's purpose, it is our duty to remain focused on their needs.
How we help
/how-we-help
Take part in an event
Whether it is a run, swim or trek, choose a fundraising event that suits you.
Get involved
/support-us/fundraise-and-events/take-part-event