Born in 1950, Jonathon Band spent much of his early childhood abroad before returning to England for schooling at Brambletye and Haileybury. He joined the RN in 1967 and, having trained at BRNC Dartmouth, underwent Fleet training in ships in the Far East. This was followed by three years at Exeter University as an undergraduate.

After graduation, he served in junior officer appointments in Her Majesty’s Ships Lewiston and Rothesay and on exchange with the United States Navy in USS Belknap. This period saw service throughout the world. Following junior officer staff and warfare training in 1976-1977, he served for two years as Principal Warfare Officer and Operations Officer in the Frigate HMS Eskimo. This appointment included deployments to the West Indies and South Atlantic.

Subsequently, he commanded the minesweeper HMS Soberton for nearly two years in the Fishery Protection Squadron around the UK coast. Between 1981 and 1983 Jonathon Band served as Flag Lieutenant to Commander-in-Chief Fleet, a period which included the Falklands Campaign. Promoted Commander in 1983, he assumed command of the frigate HMS Phoebe, operating in the NATO area, at the time of the RN’s first operational experience with surface ship towed passive sonar. This was followed at the end of 1985 by attendance at the Joint Services Defence College and a subsequent appointment to the Defence Staff in the Ministry of Defence in the Directorate of Defence Policy.

Promoted Captain in 1988, he commanded HMS Norfolk and established the first Type 23 Frigate Squadron. Thereafter, in 1991, he became the Assistant Director Navy Plans and Programmes in the Ministry of Defence, a period that saw the implementation of the “Options for Change” Review. In 1994 he was a member of the Defence Costs Study (Front Line First) Secretariat and, prior to returning to command at sea, attended the Higher Command and Staff Course. His last Sea Command was of HMS ILLUSTRIOUS, the aircraft carrier, between 1995 and 1997. The period included two operational deployments to the Adriatic in support of United Nations, and then NATO, operations in Bosnia.

Promoted Rear Admiral in May 1997, he returned to the Ministry of Defence as Assistant Chief of Naval Staff. This appointment included the period of a Strategic Defence Review, the subsequent significant change programme that resulted from it and the Kosovo Campaign. He left this appointment in December 1999 and assumed the position of Team Leader of the Defence Education and Training Study in January 2000 on promotion to Vice Admiral. He became the Deputy Commander-in-Chief Fleet in May 2001. He was promoted Admiral on 2 August 2002 on becoming Commander-in-Chief Fleet and Commander Allied Maritime Component Command Northwood. This period in Command saw the Iraq Campaign, the major re-organisation of the Fleet Command and subsequent changes in NATO. He was appointed First Sea Lord and Chief of Naval Staff in February 2006 a position he held until July 2009, a time dominated by the Afghanistan Campaign and the successful signing of the Future Carrier contract.

Sir Jonathon, having retired from the Royal Navy, embarked on a life of non-executive responsibilities in the commercial and charity sectors. In the former, he holds positions with Carnival Corporation / PLC, Babcock International Group, MooD International and Survitec Group Ltd. In the latter sector, he is Chairman of Trustees of the National Museum of the Royal Navy, the President of the Royal Navy and Royal Marine Charity, is a Vice Patron of UK Blind Veterans and is Vice Chairman of Governors of Portsmouth High School.

The recipient of honorary doctorates from Exeter and Portsmouth University, he is a visiting professor at Reading University. He is President of the Royal Naval and Royal Albert Yacht Club in Portsmouth, The Patron of the MTB 102 Trust and Southsea Association, a liveryman and Court Member of the Shipwrights Company and is a Younger Brother of Trinity House.

Jonathon Band and his wife Sarah, who have two daughters, live in Southsea. Hobbies and interests are family dominated and include travel, tennis, boating, and the odd game of golf. A West Ham fan, he is season ticket holder at Harlequins and a member of Hampshire County Cricket Club. 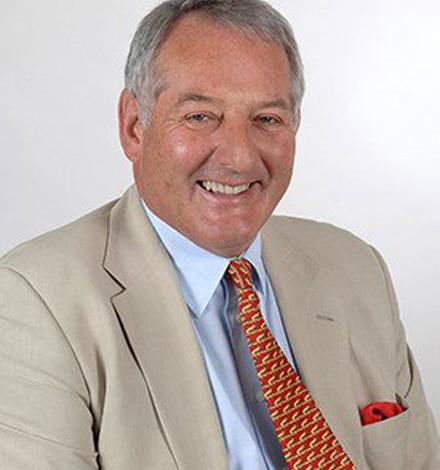