On Thursday 21st October, the Royal Navy and Royal Marines Charity (RNRMC) had the pleasure of reuniting with supporters on a very special occasion – the celebration of the 216th anniversary of the famous victory at the Battle of Trafalgar, and to commemorate the tragic death of Admiral Lord Nelson and those who fell with him.

A special dinner, sponsored by BAE Systems and Lockheed Martin, was held to raise vital funds for the RNRMC and the White Ensign Association (WEA) in the spectacular Painted Hall at the Old Royal Naval College, Greenwich. Her Royal Highness The Princess Royal attended as guest of honour, alongside Vice Admiral Sir Timothy Laurence. Guests were also joined by the guest speaker and renowned author of the Last Kingdom and Sharpe series, Bernard Cornwell, who expertly told the story of Trafalgar and – using some artistic license – fantasised over what part fictional Napoleonic Soldier, Sharpe, might have played in securing the victory. 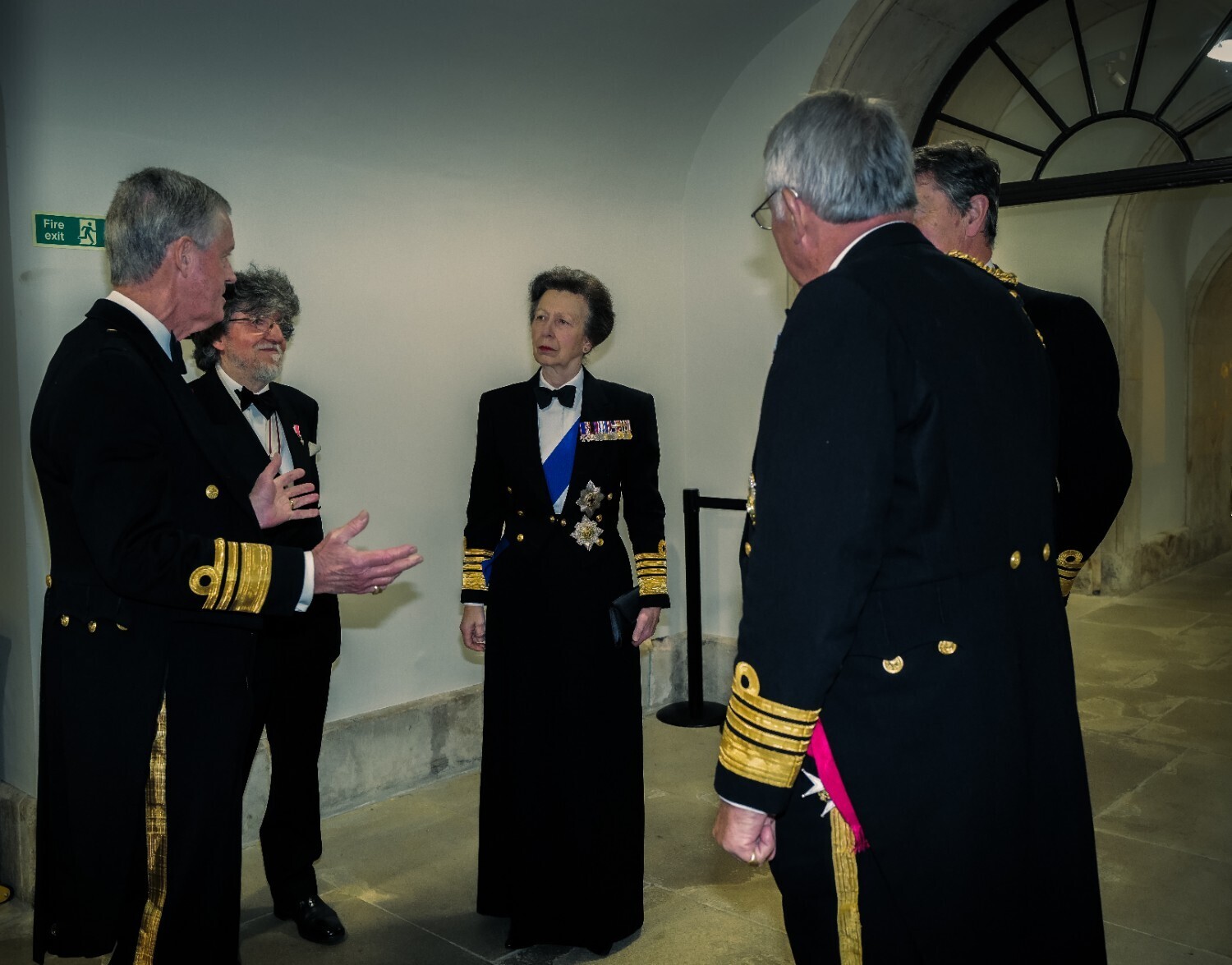 The event was a grand affair which included the Naval traditions of 'Parading of the baron of Beef' and chocolate 'Ships of the Line', as well as witnessing mess beatings by the Corps of Drums from the Royal Marine Band Service and rounding the evening off by singing traditional sea shanties.

The dinner brought together over 280 supporters, including industry partners, Naval personnel and friends of the two charities to recognise the work that the Royal Navy and Royal Marines do in our names, and to celebrate the charities’ activity in support of the Naval Community.

The event raised over £80,000 for the charities which will help to ensure our remarkable Navy men and women – both regular and reserve – as well as their families, always have someone to turn to. From the day they walk through the gates at HMS RALEIGH, Britannia Royal Naval College or the Commando Training Centre, young people enter the Naval world, and these funds help us to promise them and their families a lifetime of support.

“We are proud to have co-hosted our Trafalgar Night Dinner with The White Ensign Association in the iconic Painted Hall.  This was our first live event since the pandemic began and it has been wonderful to reconnect with beneficiaries and supporters face-to-face.  Trafalgar Night is one of the most important and iconic days in the Royal Navy calendar, so it is fitting that this was the first occasion we were able to come together in-person; to commemorate Nelson’s famous victory and support our naval communities alongside the White Ensign Association.”

“We are delighted to be joining the RNRMC in marking this key date in the naval calendar in such a special place.  Steeped in maritime history, the Painted Hall is the perfect venue to reconnect physically with so many of our friends and supporters, allowing us to pay tribute to a true naval hero and celebrate his legacy to the Royal Navy today and the work that both charities do in support of those that serve or have served under the White Ensign, and their families.”

“Our relationship with RNRMC is extremely important to us. The charity enables us to help give back to those who give and have given so much for our nation, and to join with other supporters to fund important programmes that improve the lives of current or former members of the Royal Navy, Royal Marines, and their families at the time they need it the most.

During the Trafalgar Night Dinner in London, we were reminded of the bravery of Admiral Lord Nelson and all of those who put their lives on the line to keep us safe, not just in 1805 but throughout history and up to the present day.” 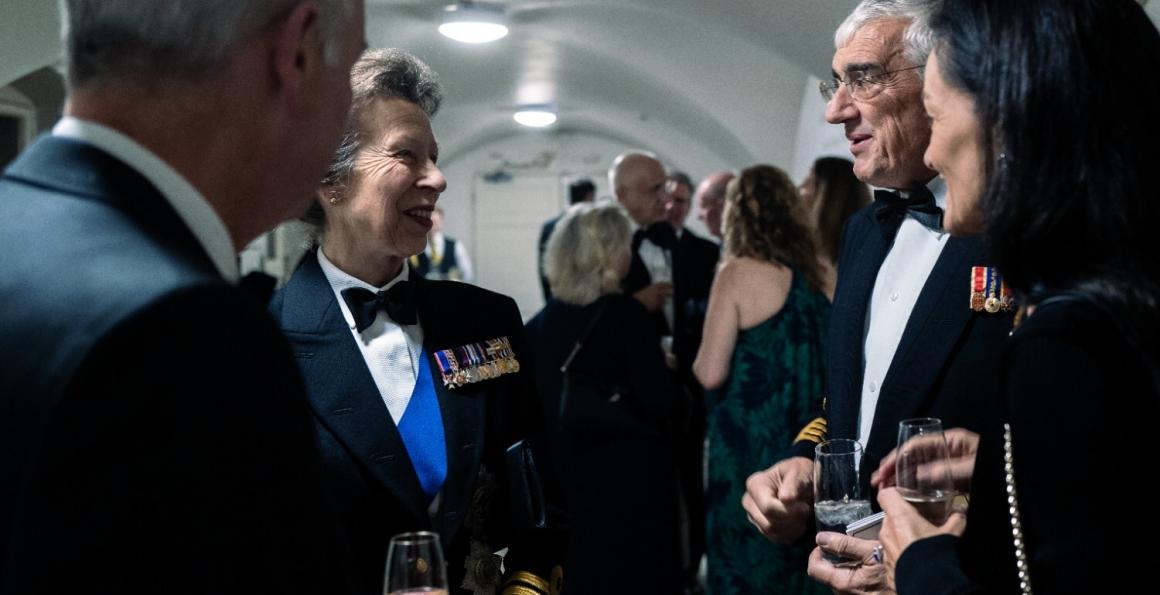 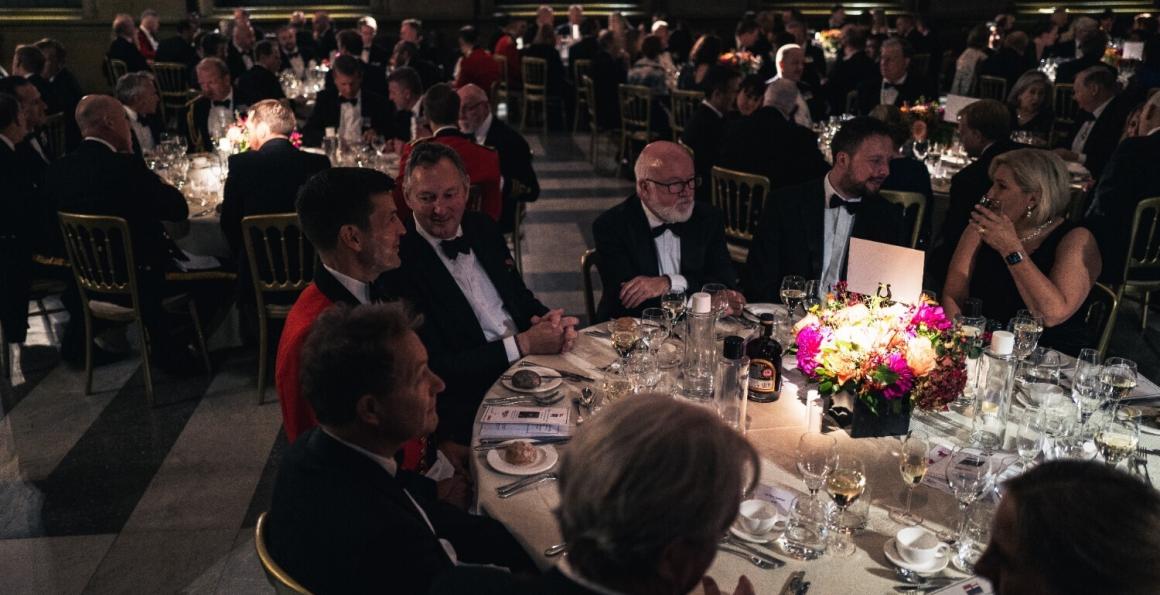 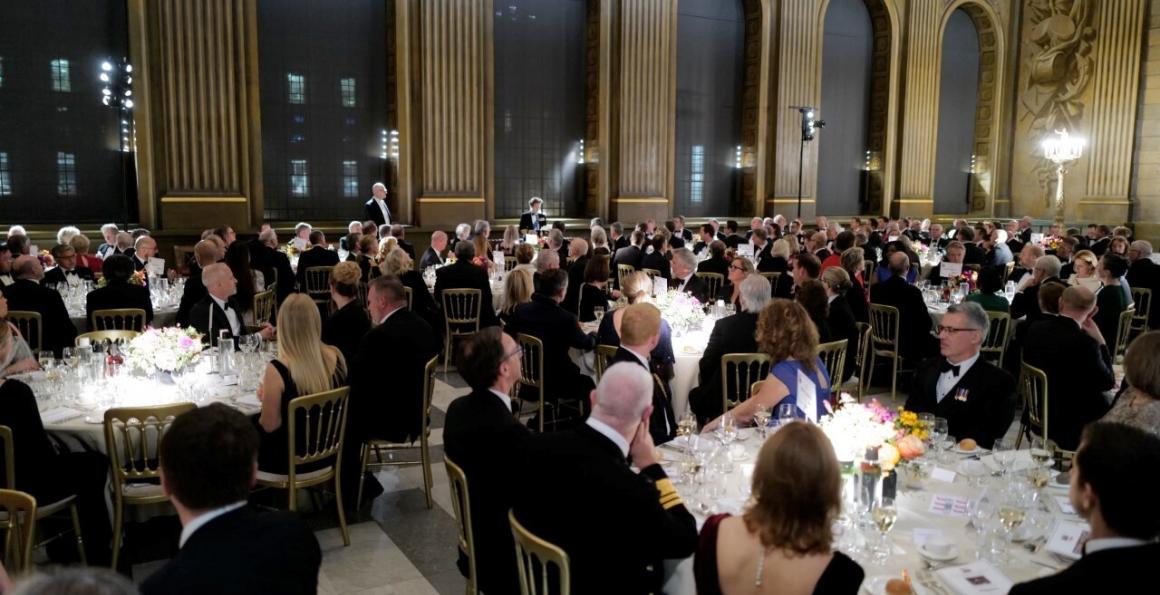 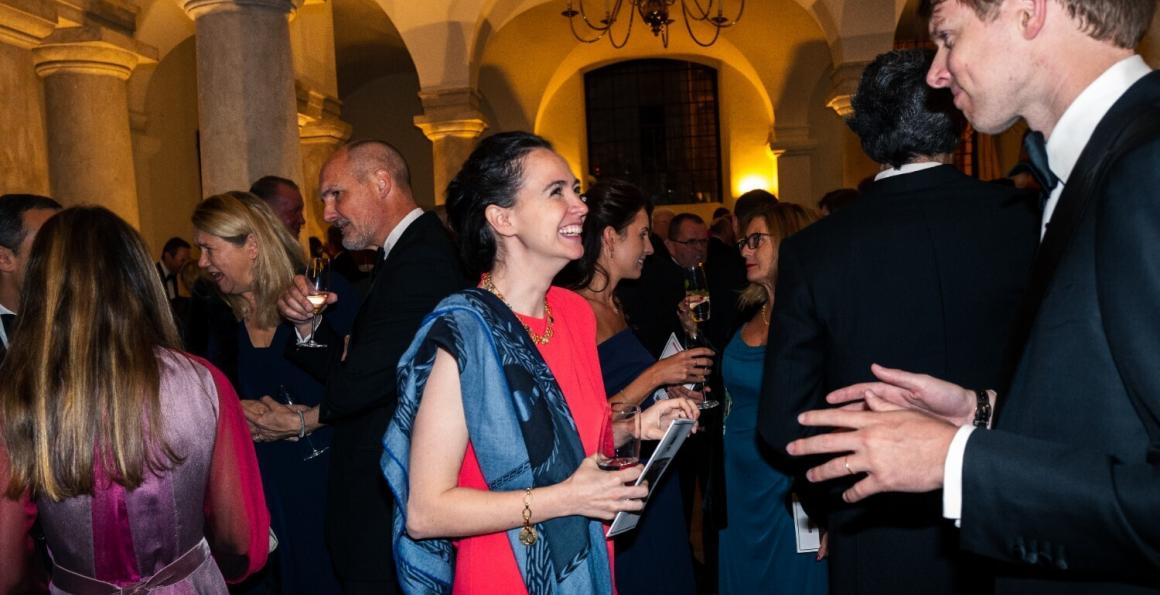 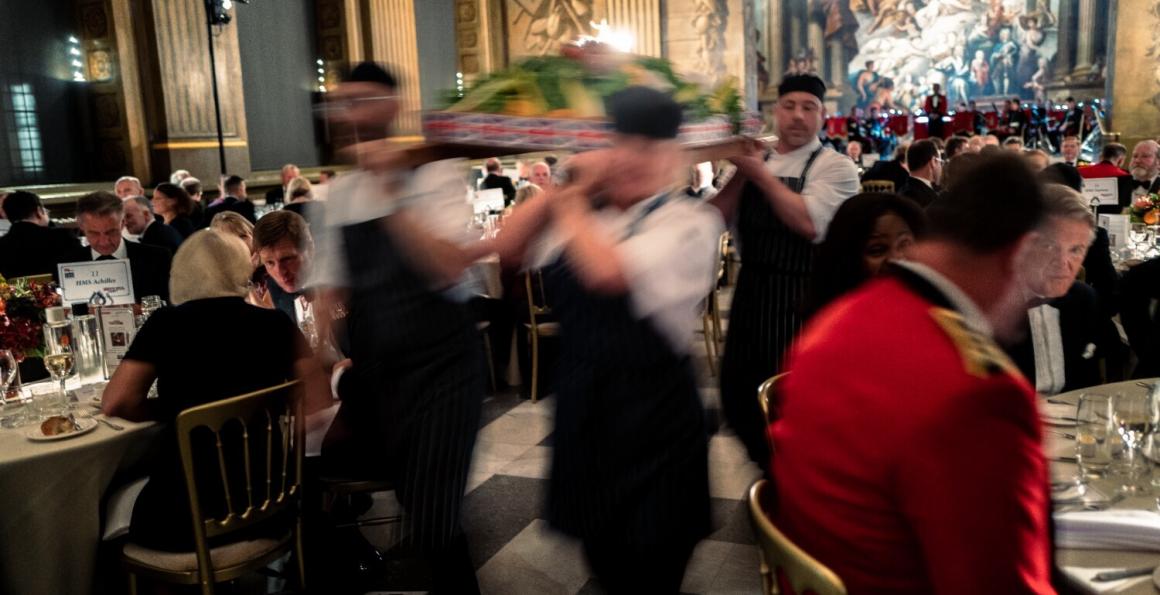 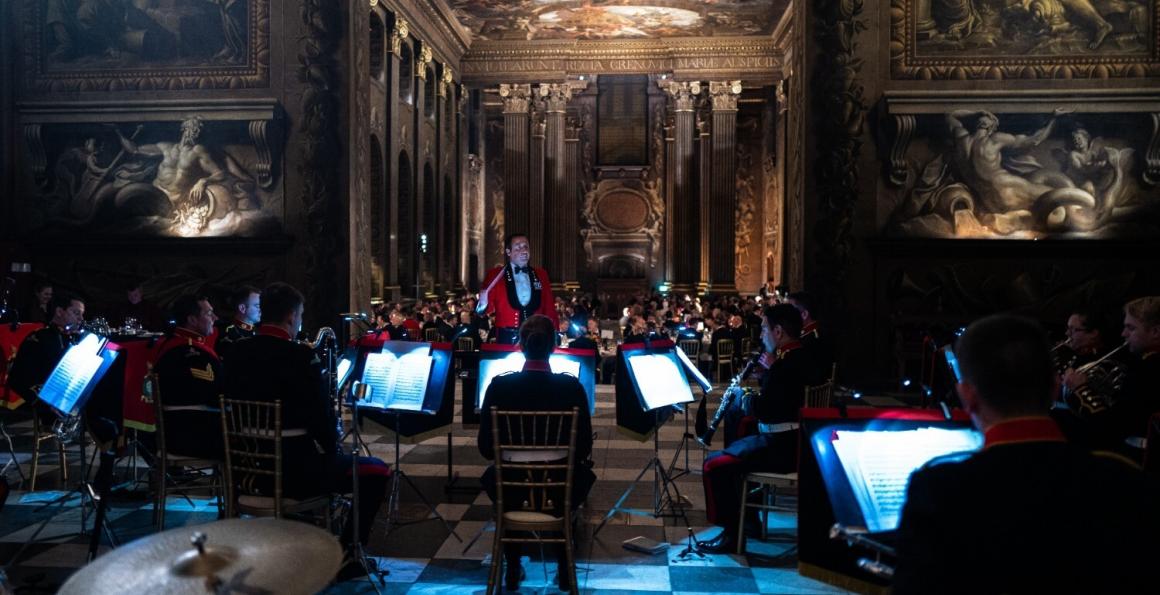 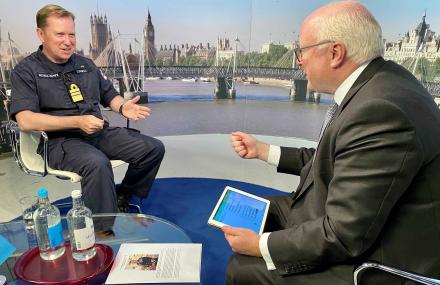 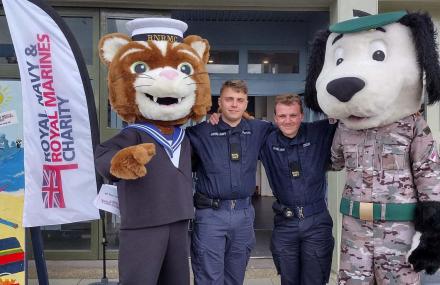 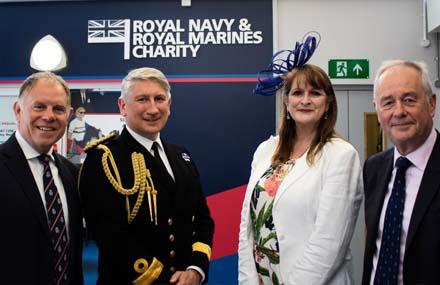 RNRMC Charities Hub Opens In HMS Drake
Event
The Royal Navy and Royal Marines Charity (RNRMC) has opened a walk-in centre at the heart of HMNB...
10 May 2022
View all news
How your donations help
As the National Charity of the Royal Navy, beneficiaries lie at the heart of The Royal Navy and Royal Marines Charity's purpose, it is our duty to remain focused on their needs.
How we help
/how-we-help
Take part in an event
Whether it is a run, swim or trek, choose a fundraising event that suits you.
Get involved
/support-us/fundraise-and-events/take-part-event