On Monday the Royal Navy launched its largest ever ship from its home port in Rosyth. In a complicated four-hour move which traversed narrow basins and manoeuvred under three road and rail bridges to reach the North Sea.

HMS Queen Elizabeth is a 280-metre, 65,000-tonne aircraft carrier, assembled at Rosyth port in the Firth of Forth. In the Bridge and in charge of this new step in naval history will be Commodore Jerry Kyd. Having enlisted in the Royal Navy in 1985, Jerry's illustrious career has seen him command HMS Monmouth, HMS Illustrious and served as the CO of Britannia Royal Naval College.

Jerry was recently asked about his career in the Royal Navy,  HMS Queen Elizabeth and what he expects from taking the wheel of the largest ship in Royal Navy history.

How much of an honour is it to be named the captain of the Queen Elizabeth Aircraft Carrier?

After 32 years in the Royal Navy, it is an absolute privilege to take command of the biggest and most powerful aircraft carrier we have ever brought into service; the Queen Elizabeth Class is a step-change in the UK’s defence capability and puts the Royal Navy firmly amongst the top Navies of the world.

On a more personal note, I am, at heart, a Naval sea officer and more at home on the frontline at sea than behind a desk in a stuffy office or commuting on the train. But the real honour comes from the pleasure and challenge which comes from commanding, leading and nurturing the Navy’s professional men and women.

So much is unseen by the public but the way our sailors and Marines deliver so brilliantly, often in tricky and highly-charged situations right across the world, is humbling.

At the age of 50 do you now feel you are at the peak of your career?

In short, yes, I am extremely fortunate in my career after many commands at sea and ashore, to have one last chance at sea command before I am too old!

For any Naval sea officer, command of a warship, whatever its size, from minehunter to carrier, is a very special thing indeed. The Queen Elizabeth Class will be a totemic symbol of British power projection for many decades ahead and the British taxpayer has invested hugely into regenerating the UK’s carrier strike force after the demise of Ark Royal in 2010.

To be an integral part of this journey and the team delivering this strategic capability is probably the most challenging thing I have done outside live operations, and I am leaning on every element of my experience.

It’s a huge role to take on – is there a part of you that would rather be winding down?

Not at all. Despite the huge task here, the good news is that I have a great ship’s company, from able seaman up to the heads of department at Commander rank, supporting me and doing the real work!

This journey is hugely exciting and even though I am 50, the vibrancy and energy of many hundreds of younger officers and sailors onboard and the spectre of bringing such a fantastic capability into service keep me young(ish!). So far from wanting to wind down, I am currently winding up! Truth be told, you never get bored being a sea captain – it’s a very special role and brings with it all the responsibility and perspective you will ever need. I want to relish and enjoy this ship as we take her forward and I certainly don’t want to think about handing over the keys to her next captain. But, that time will come, and whenever that is I will watch her onward journey with real emotion and pride. Then I might relax!

The ship has taken a long time to prepare. Have you been chomping at the bit to get started?

You can say that again! I can safely say all 700 of the Queen Elizabeth’s crew are itching to get to her to sea and test all the systems and get into a sea routine. Being alongside port is not a natural place for a sea-going crew to be for long! People like to do the job they joined for and whether you are a medical assistant, pilot, engineer, or chef or any of the myriad of specialisations onboard, being at sea is our environment. The ship is coming together fast and we will soon be sailing and it will be a historic and important moment for the Navy and country. We cannot wait!

What challenges are you most looking forward to?

I think the closest challenge is always the one you must focus on clearly and for me, that is simply getting HMS Queen Elizabeth to sea safely on her maiden voyage. She is, after all, a prototype which we have tested hard, but until we put her through her paces at sea properly we really have no idea whether it will all work as we expect!

There will be things that go wrong and the odd fire and flood in the early days so it is important we are as prepared as possible to cope with whatever the initial sea trial will throw up. After we prove she works well the key challenge will be integrating her two ‘weapon systems’.

First, the various aircraft which make up her Carrier Air Wing and, second, the Carrier Strike Group battle staff who command the entire formation of ships, aircraft and submarines that make up the Carrier Strike Group. Taking the new Lightning F-35B aircraft, the most advanced combat aircraft on the planet, to sea will be a fascinating and hugely rewarding challenge.

The Queen Elizabeth carriers have been tailor-made and designed from the keel up to be a well-founded air base to host and operate this advanced jet. Once that is done, we can deploy the carrier anywhere on the planet with confidence and fight her as she is designed for. 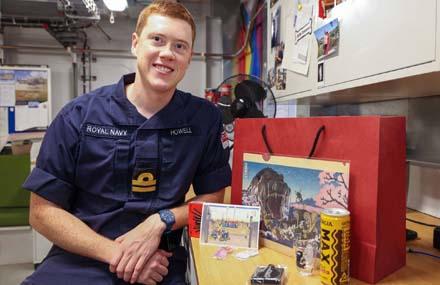 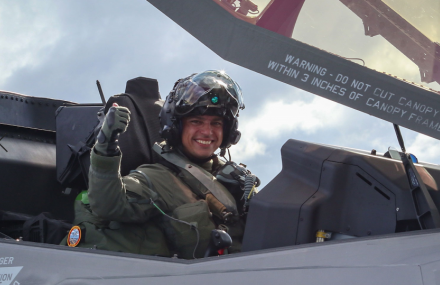 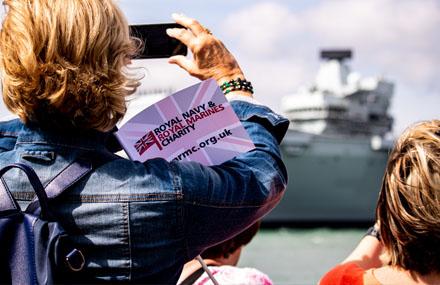