CELEBRATE 50 YEARS SINCE THE CESSATION OF THE DAILY RUM RATION AND HELP US CONTINUE TO SUPPORT SAILORS, MARINES AND THEIR FAMILIES FOR LIFE

We are asking supporters to celebrate the 50th anniversary of Black Tot Day with the RNRMC. "UP SPIRITS" was the call for those in the Royal Navy to muster for their daily issue of rum. This was a chance for sailors to come together daily and connect with one another. 2020 has presented many challenges where the act of ‘coming together’ could not be more relevant and needed.

Join us as we celebrate and commemorate this poignant anniversary on Black Tot Day and take part in our end-of-year campaign: Lifting Up Spirits

On 31 July 1970, sailors in the Royal Navy were issued with their final daily ration of rum (the daily tot), ending a tradition of more than 300 years. This day became known as ‘Black Tot Day.’

Some sailors wore black armbands, tots were 'buried at sea' and in one naval training base, there was a mock funeral procession complete with black coffin and accompanying drummers and piper. 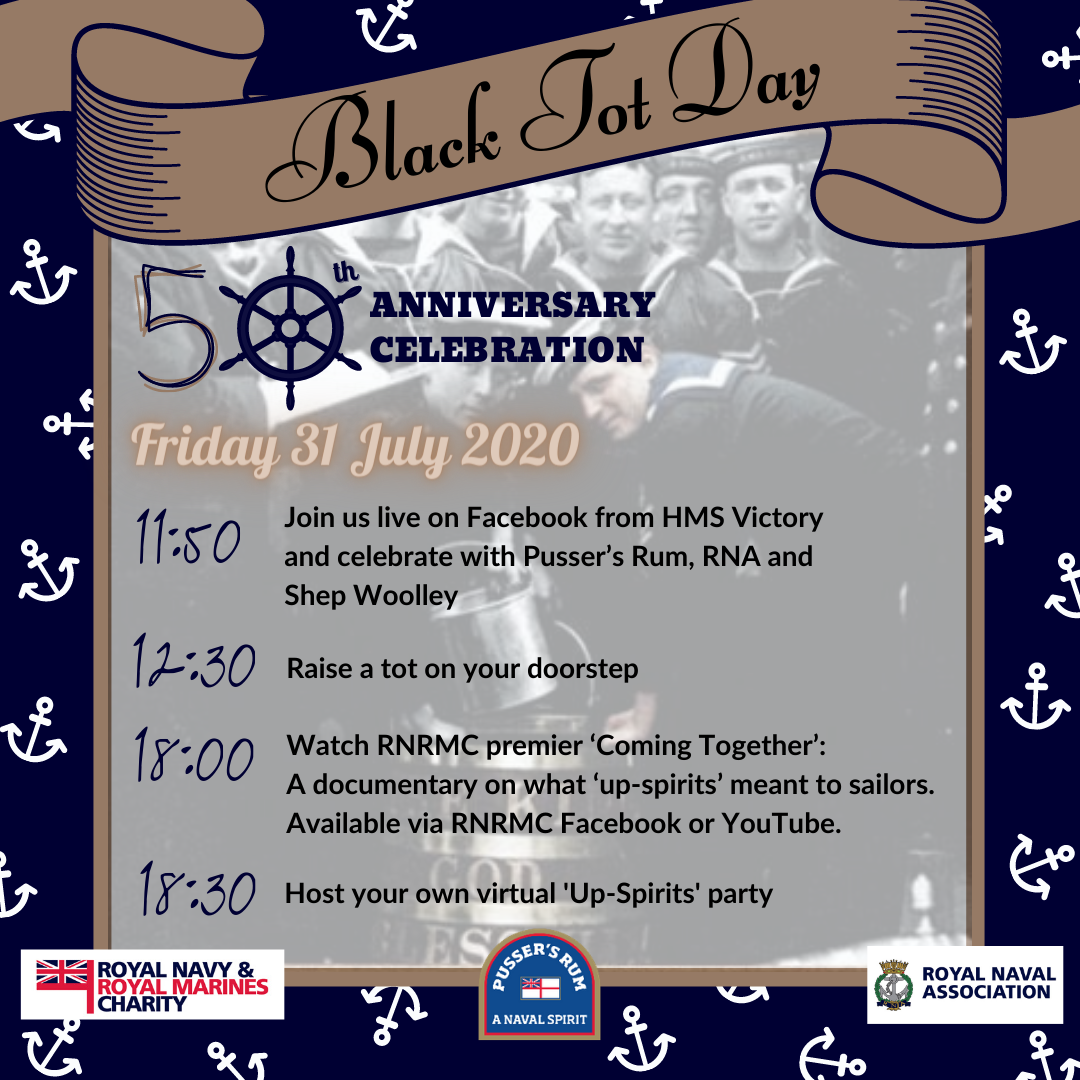 HOST YOUR OWN VIRTUAL ‘UP-SPIRITS’ PARTY

FOR THE CHANCE TO WIN A PUSSER’S GIFT

Why not host your own virtual 'Up-Spirits' party to commemorate the 50th anniversary of Black Tot Day?

Sign up and receive our sea shanty song list and sing along with Royal Navy veteran and folk-musician Shep Woolley to help you recreate the celebrations in your own home.

Help us spread the word by posting videos and pictures of your virtual ‘up-spirits' party on social media. Tag @RNRMC and use the hashtag #UpSpirits

Do you know an unsung hero who deserves recognition?

The RNRMC is launching a campaign to celebrate and reward those whose acts of kindness have made a difference, however big or small.

We’re encouraging people to nominate an ‘oppo’ (friend, relative, neighbour, or anyone) who has inspired others or made life a little better, especially during these uncertain times.

Every month we will reward someone’s efforts with a Lifting Up Spirits award. The winners will also get a special shout out on our social media channels.

There is nothing more akin to the sea, and to the Royal Navy and Marines, than Pusser’s Rum. It was first introduced to the Royal Navy in 1655 as a substitute for beer and later become the daily ration to the sailors on board its ships. The daily ration was known as the ‘tot’, and its issue and the ritual that went with it, was one of the longest and unbroken traditions in the history of the sea.  The tradition ended on July 31, 1970, also known as Black Tot Day.  In September 1979, Company founder Charles Tobias, MBE, obtained permission from the Admiralty for the formula and to Commercialise the Pusser’s Rum brand.  It was then that Pusser’s made its first contribution to the RN “Sailor’s Fund” and has continued with its giving and various sponsorships ever since.  We are proud to be a Silver Corporate Partner of the RNRMC. 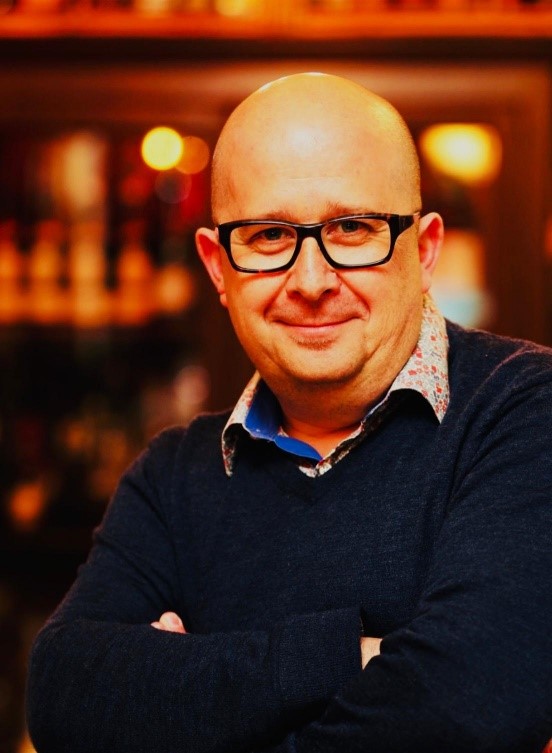 “On the occasion of the last day in July, we celebrate British Royal Navy traditions with a remembrance of Black Tot Day - July 31st 1970. This year marks the 50th anniversary that British sailors were served their last daily ration of rum aboard ship...Up Spirits!"